The waterfront of Providence has been reshaped throughout history, from a coastal salt marsh, industrial port, to its current state; neither fully working, civic, or ecological,  and ill-equipped to handle climate change effects such as storm surges. This problem presents an opportunity.

“The Living Edge” is a small landscape installation demonstrative of a strategy to continue this evolution and create a hybrid of both a culturally and ecologically resilient waterfront, with the intent that this strategy, in conjunction with variations, could be implemented at the city scale to build a unified public realm from downcity to the bay. Its chosen location, adjacent to the kayak ramp and terraced seating on S. Water Street, complements the access to the river this area already affords, and increases its presence as a public space.

The strategy is told in an artful and completely biodegradable landscape allegory. Native forests in Rhode Island have been and continue to be lost. Encroaching seas increase the salinity of soils. Rising temperatures cause heat stress on native plants accustomed to cooler climates. These temperatures fail to kill off pest larvae in winter.  All of this can be attributed to in part to the destruction of the carbon sequestering power of our forests due to urbanization.

In the “Living Edge” these trees are first memorialized by “fallen log” seating, allowing visitors to occupy the Providence River’s edge. These “fallen trees” transition into native grasslands and meadow, recalling the intertidal marsh estuarine that once existed here. The meadow will provide a spontaneity of biodiversity, with a variety of native flowers and grasses with new species blooming throughout the seasons. Emerging from the grasses are a mix of pioneer species of a young forest (Birch species) and a successional follower of Elm, Oak, and the rare Gymnocladus. The presence of both the young and old forest symbolizing the resiliency of natural systems, and the necessity of trees for the formation of a healthy city. Paths of tree mulch, representing the growth and decay of the forest floor provide access and texture to the landscape mosaic.

What was once an energy intensive and eroded lawn becomes an occupiable wildlife habitat capable of withstanding increased coastal forces of climate change. This project demonstrates the necessity of a coexistence of natural and cultural systems within our city, and the importance of landscape as a critical component of our urban infrastructure.

Living Edge was the winning project of “Imagine Us Here”, a design challenge presented by Down City Design’s CityWorks Fellows in Spring 2019. 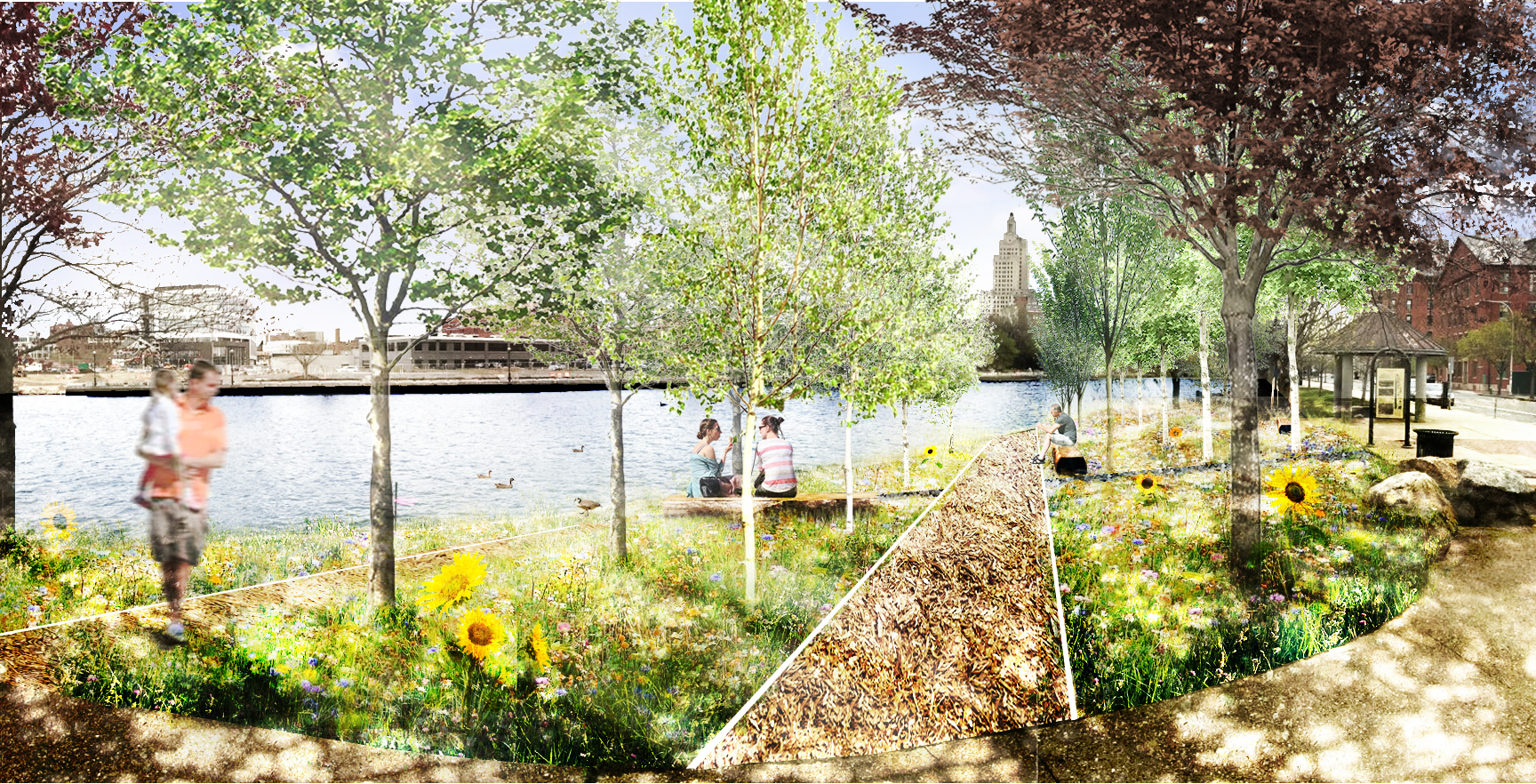 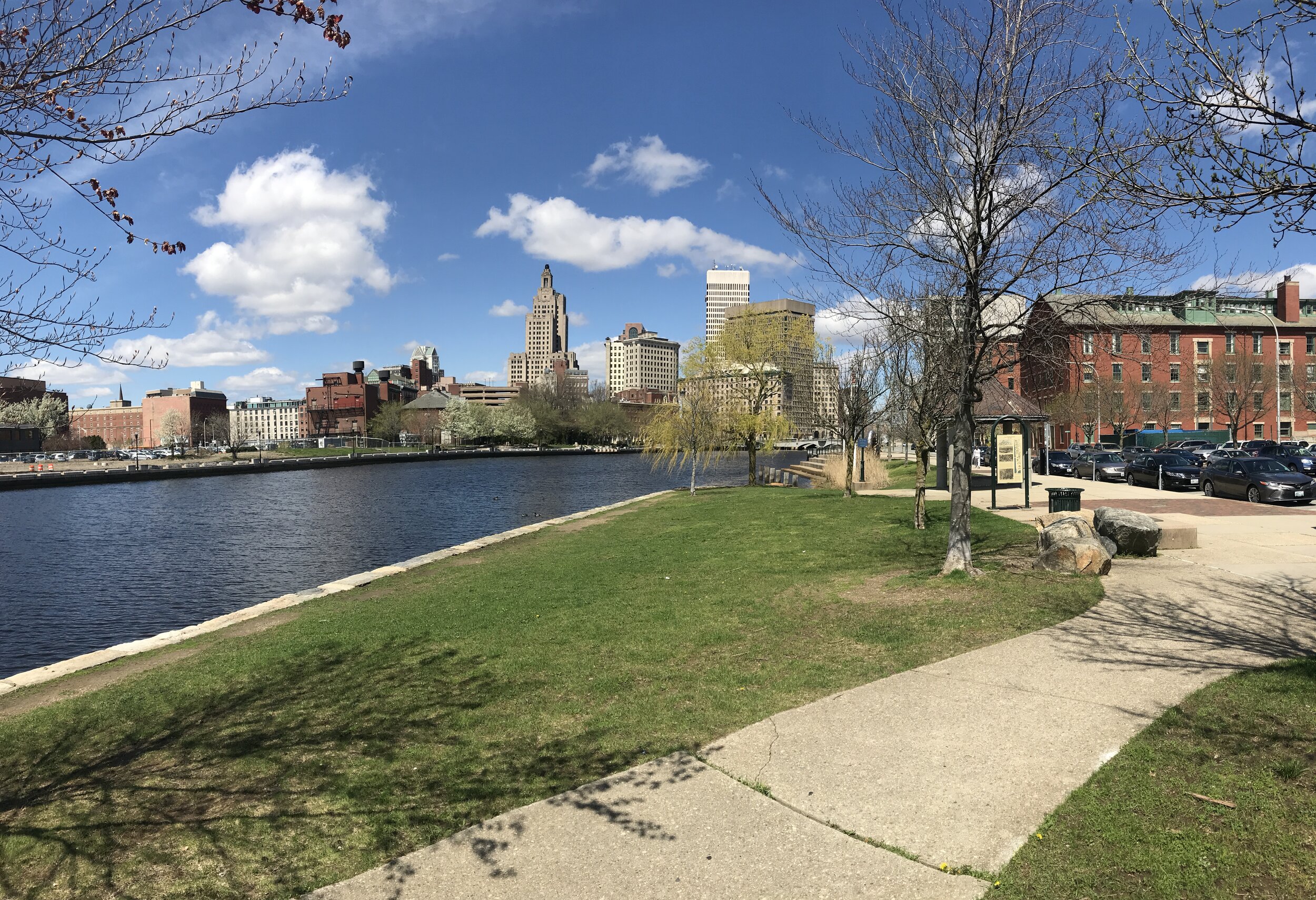 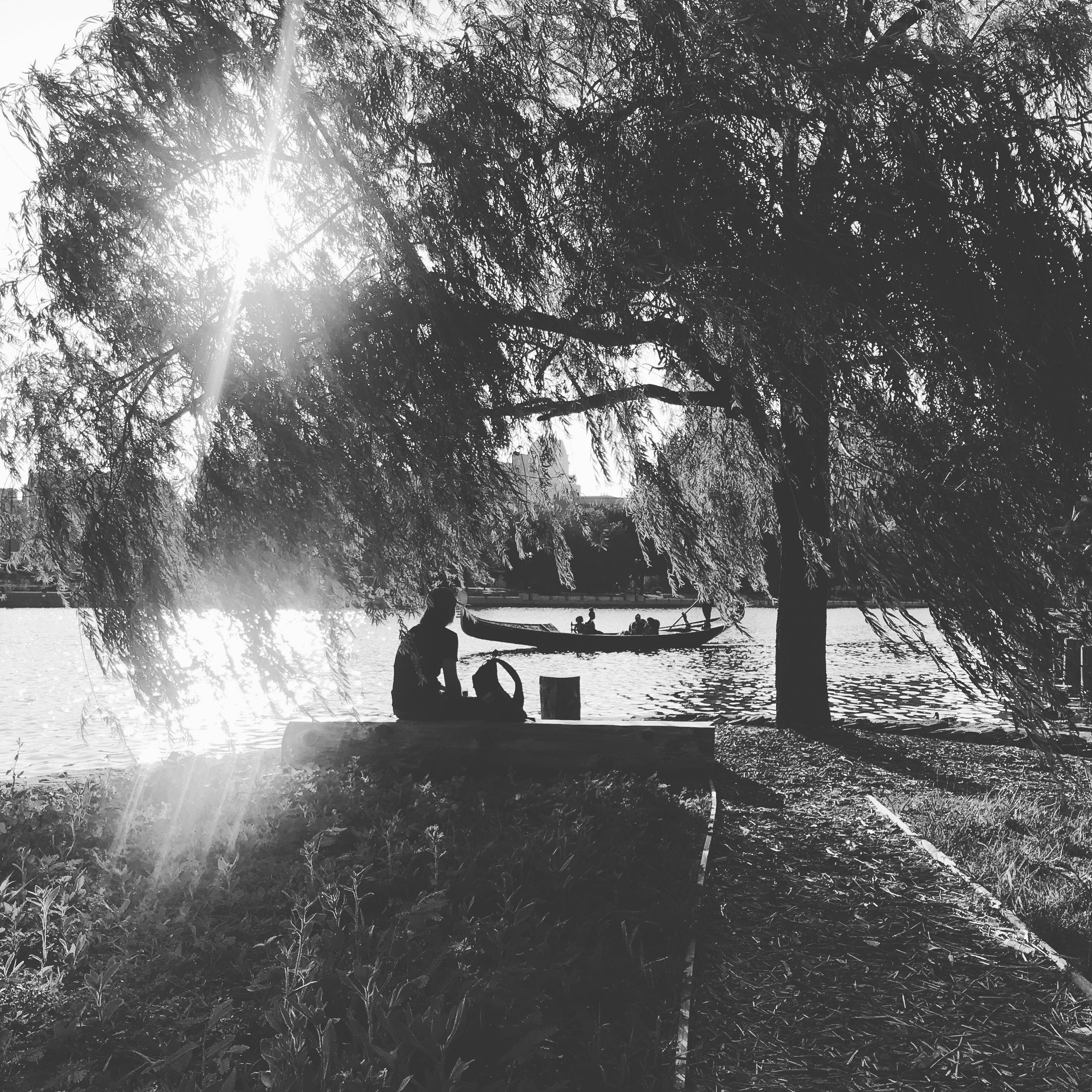 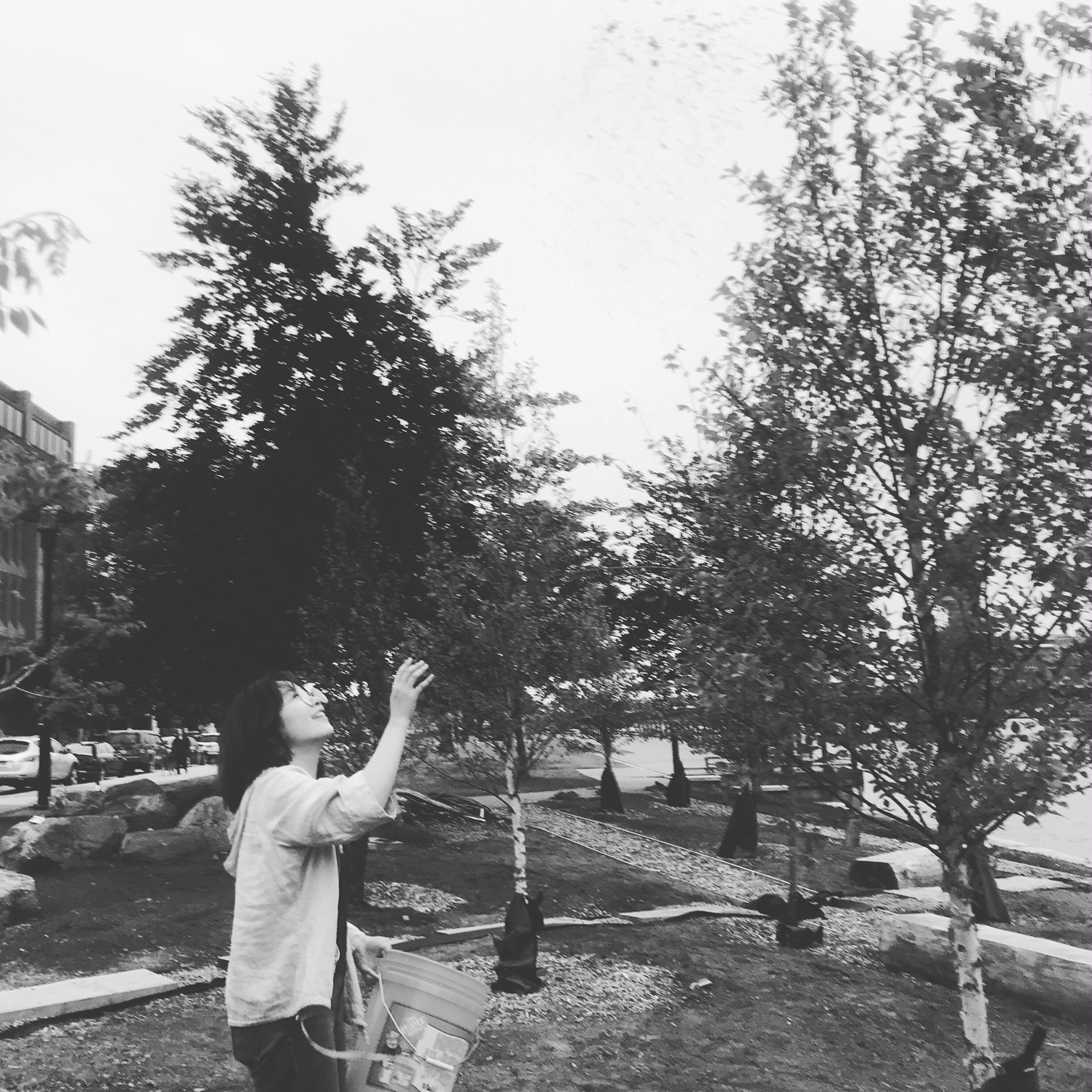 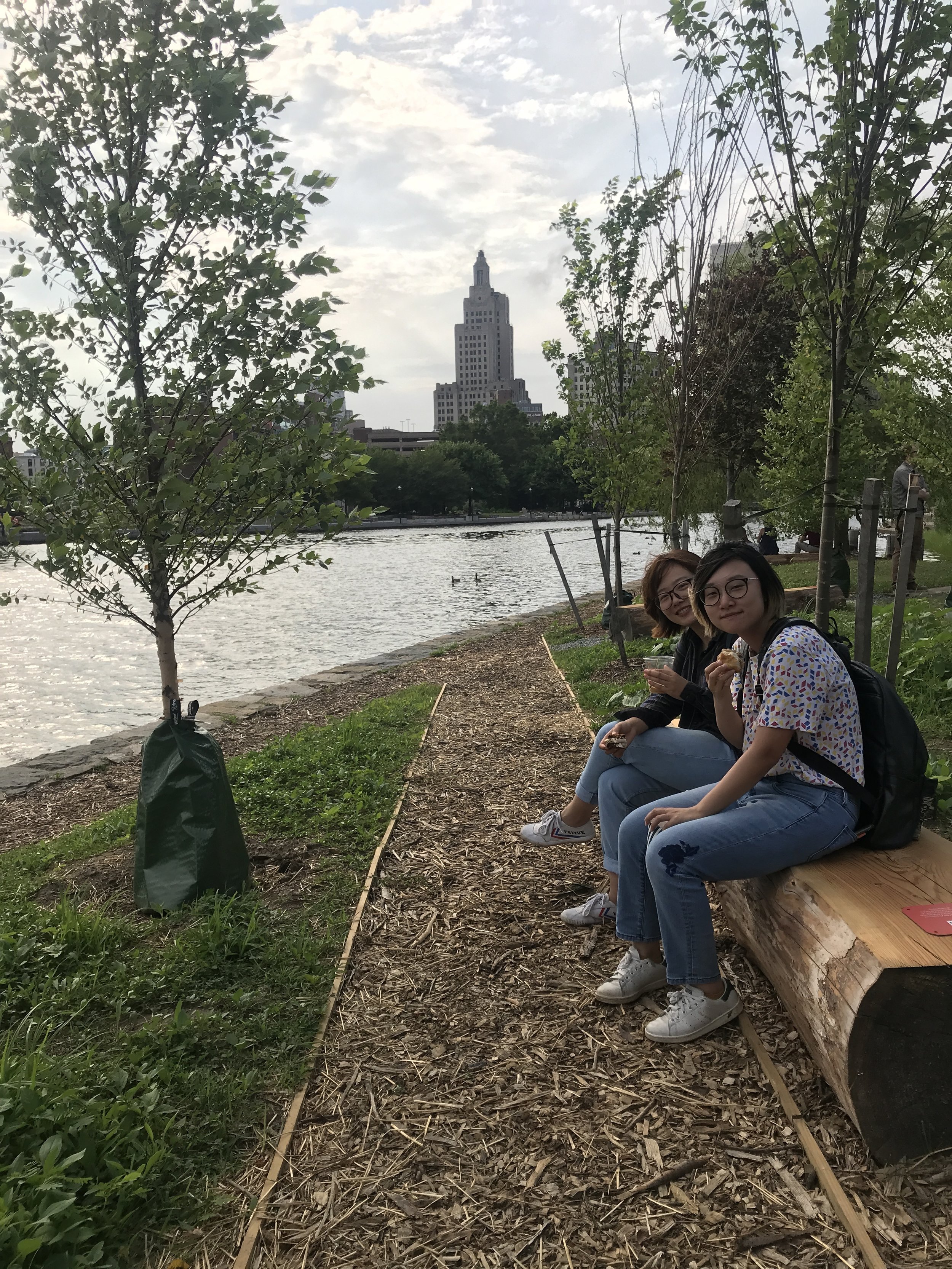 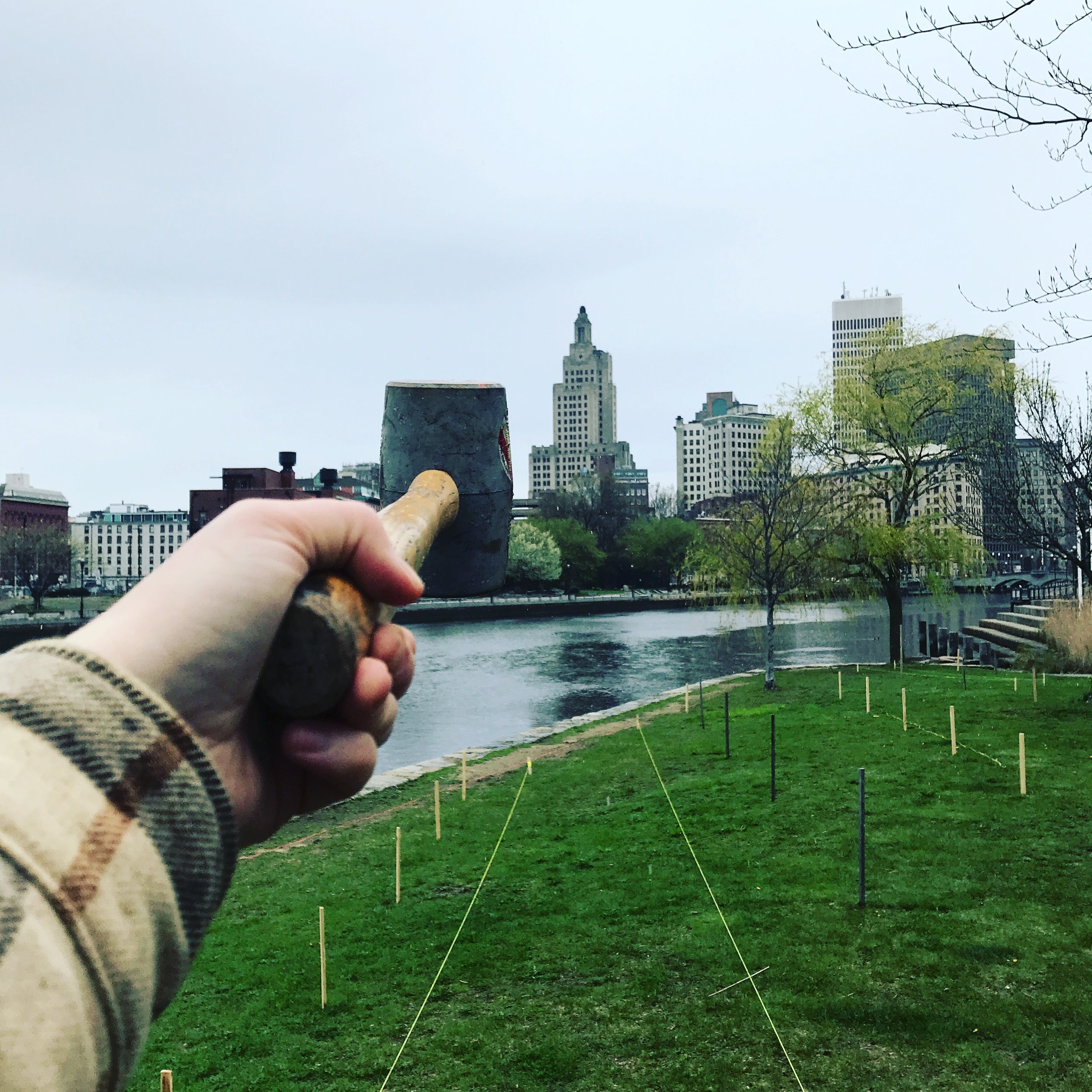 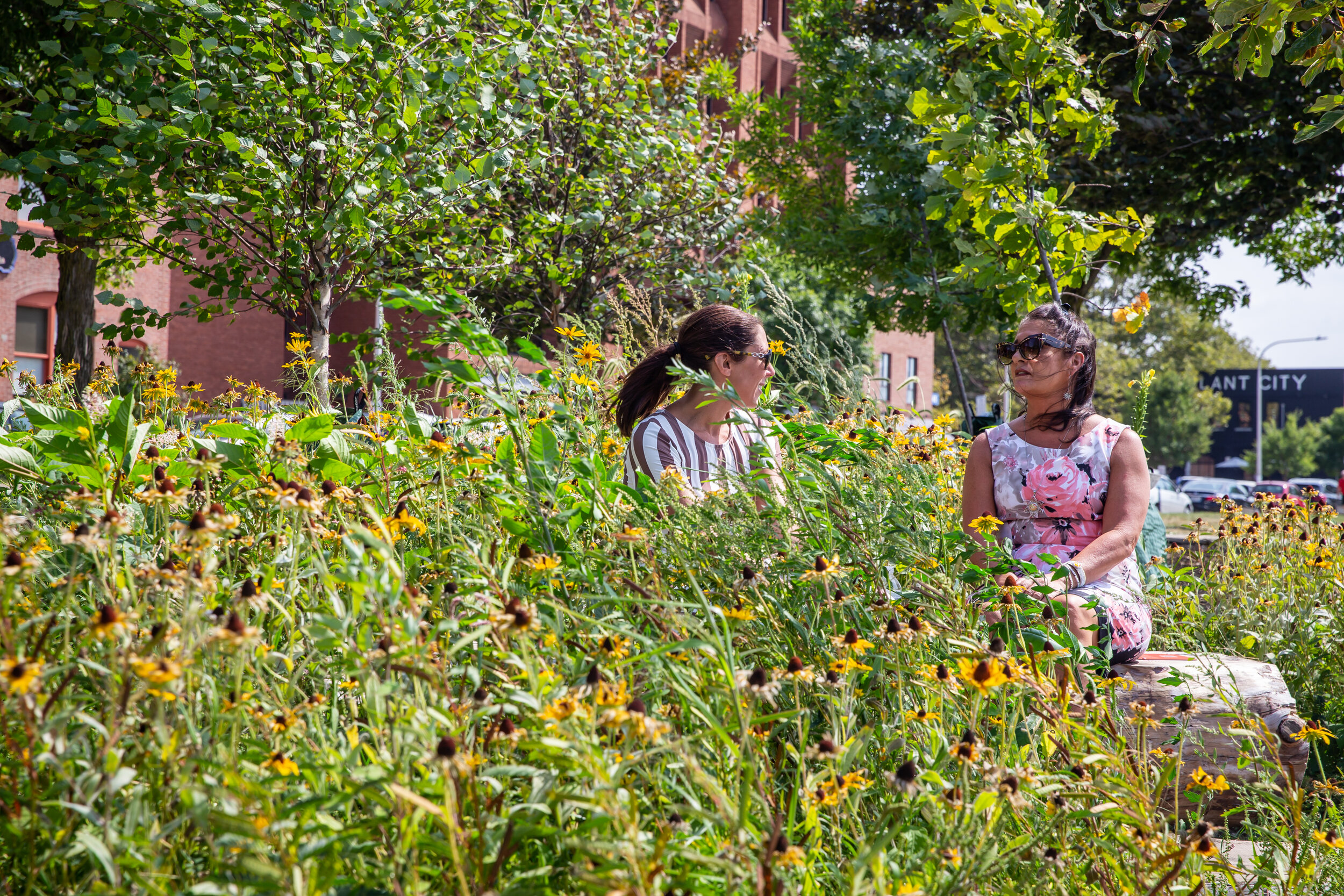 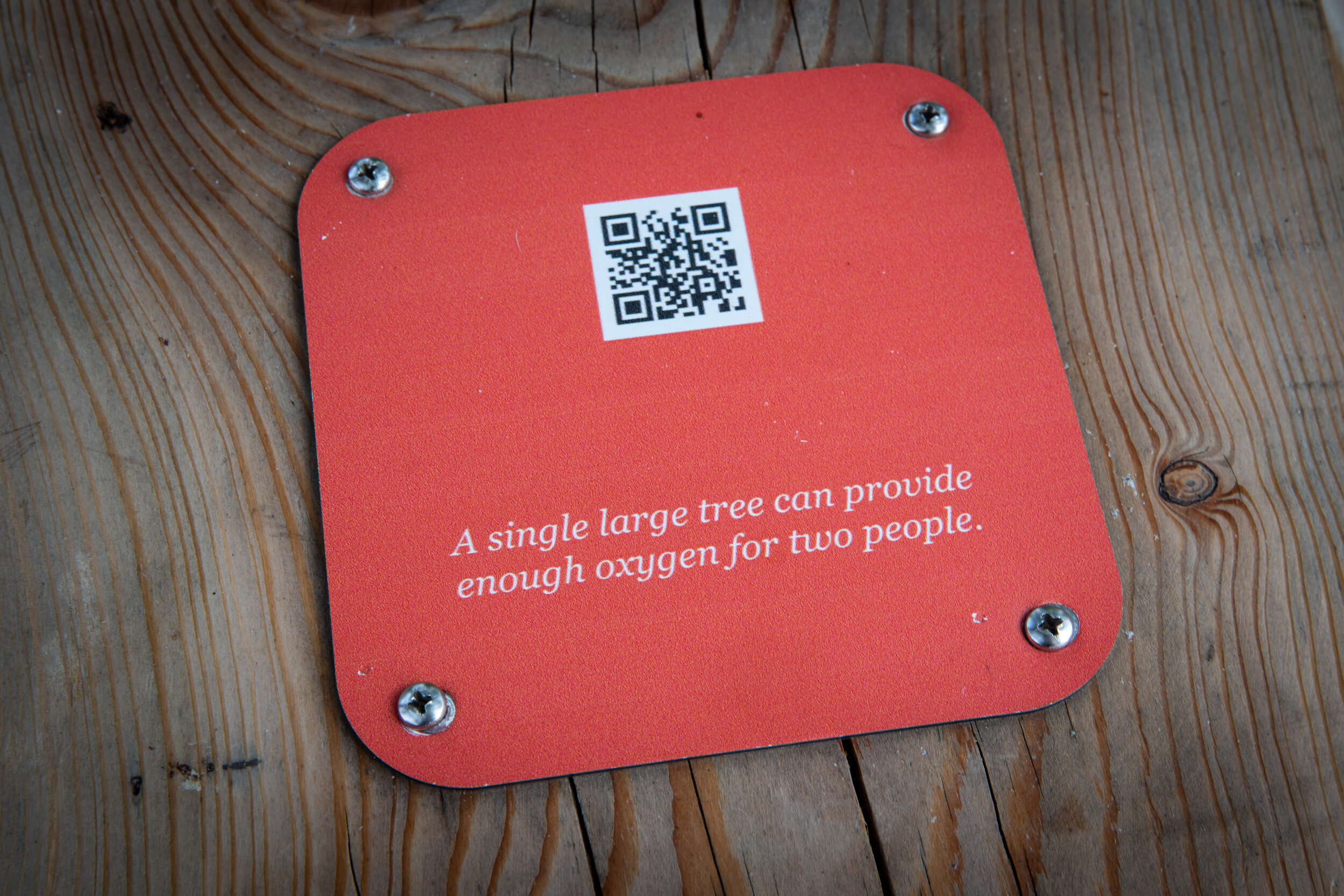 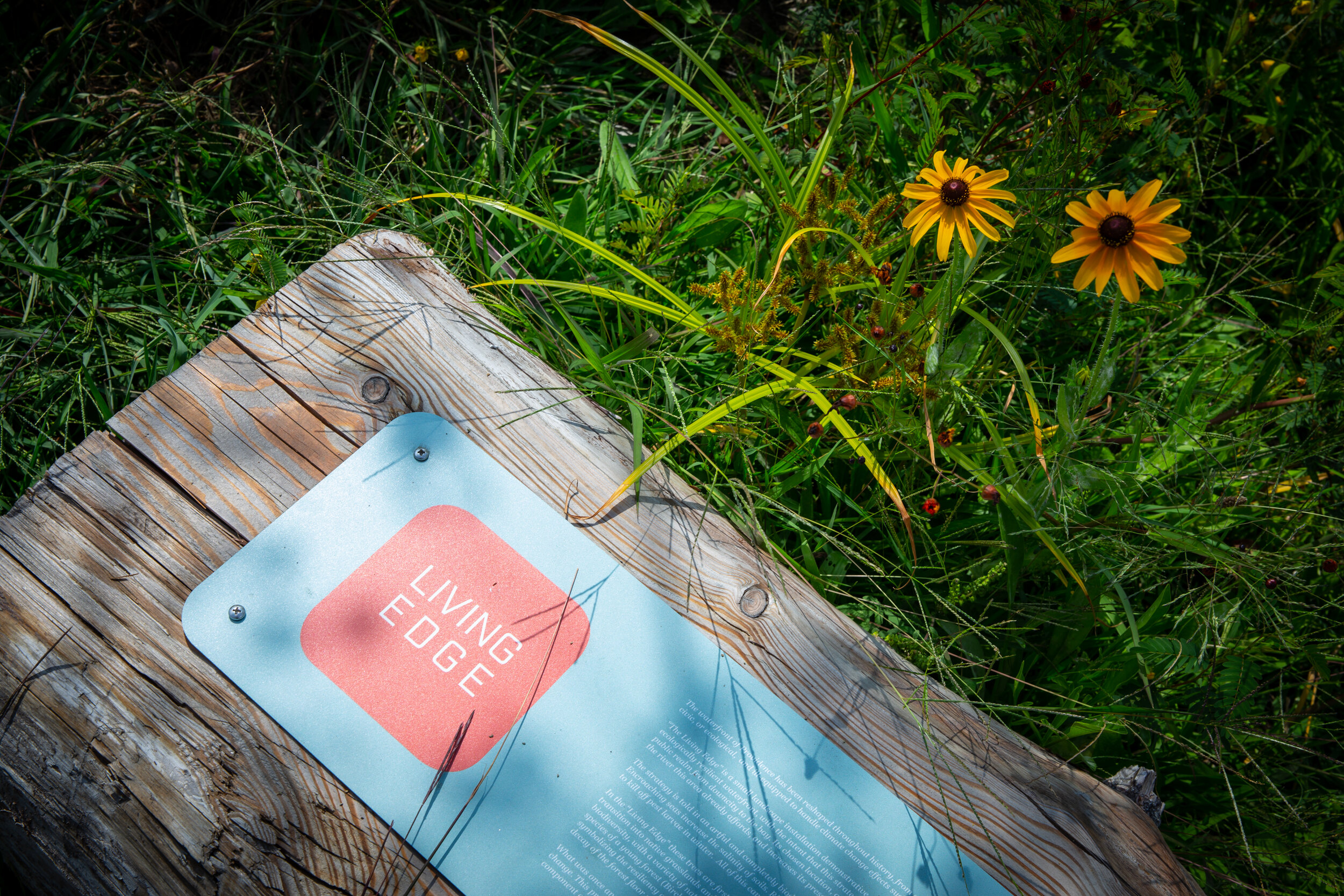 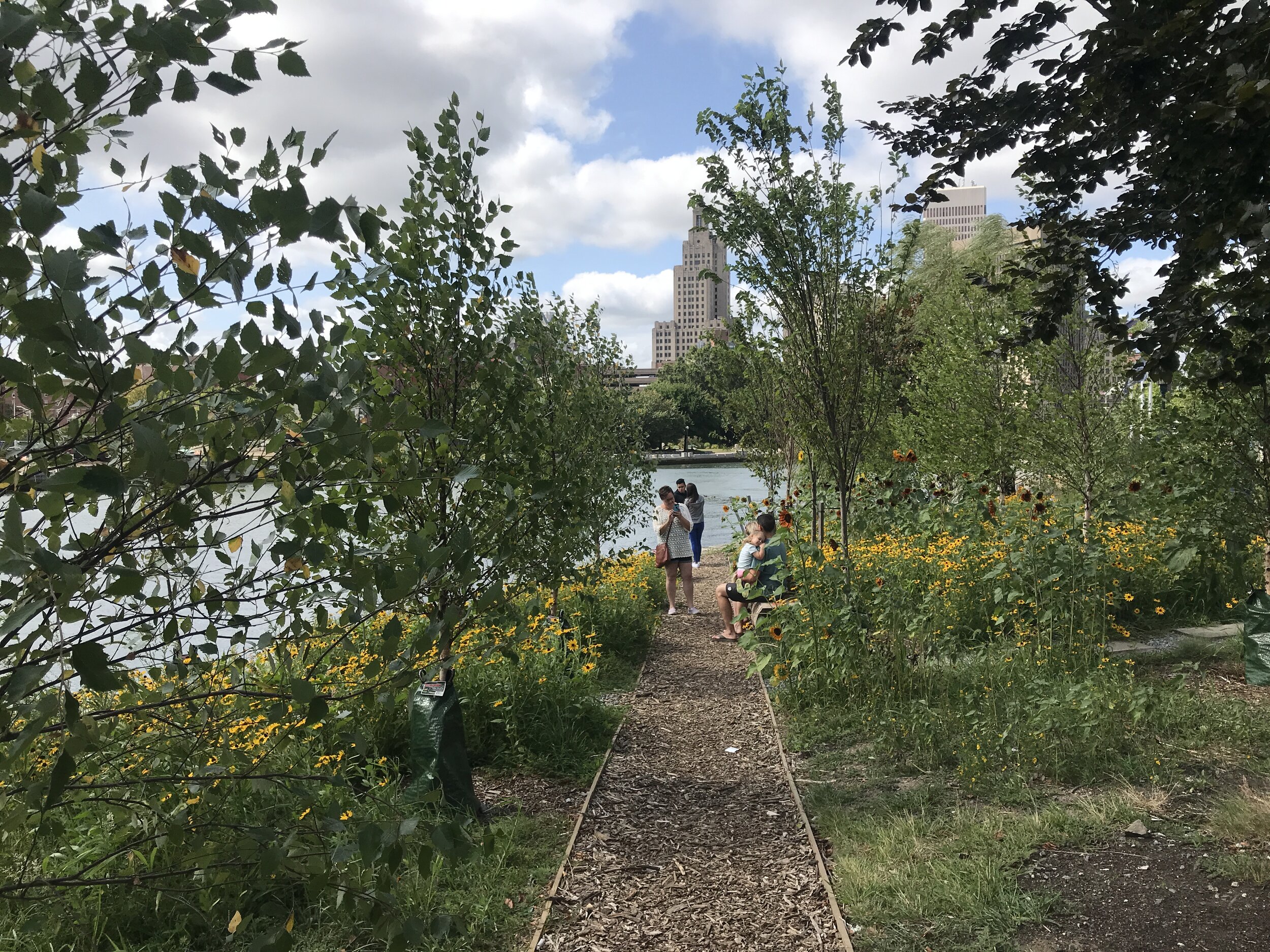 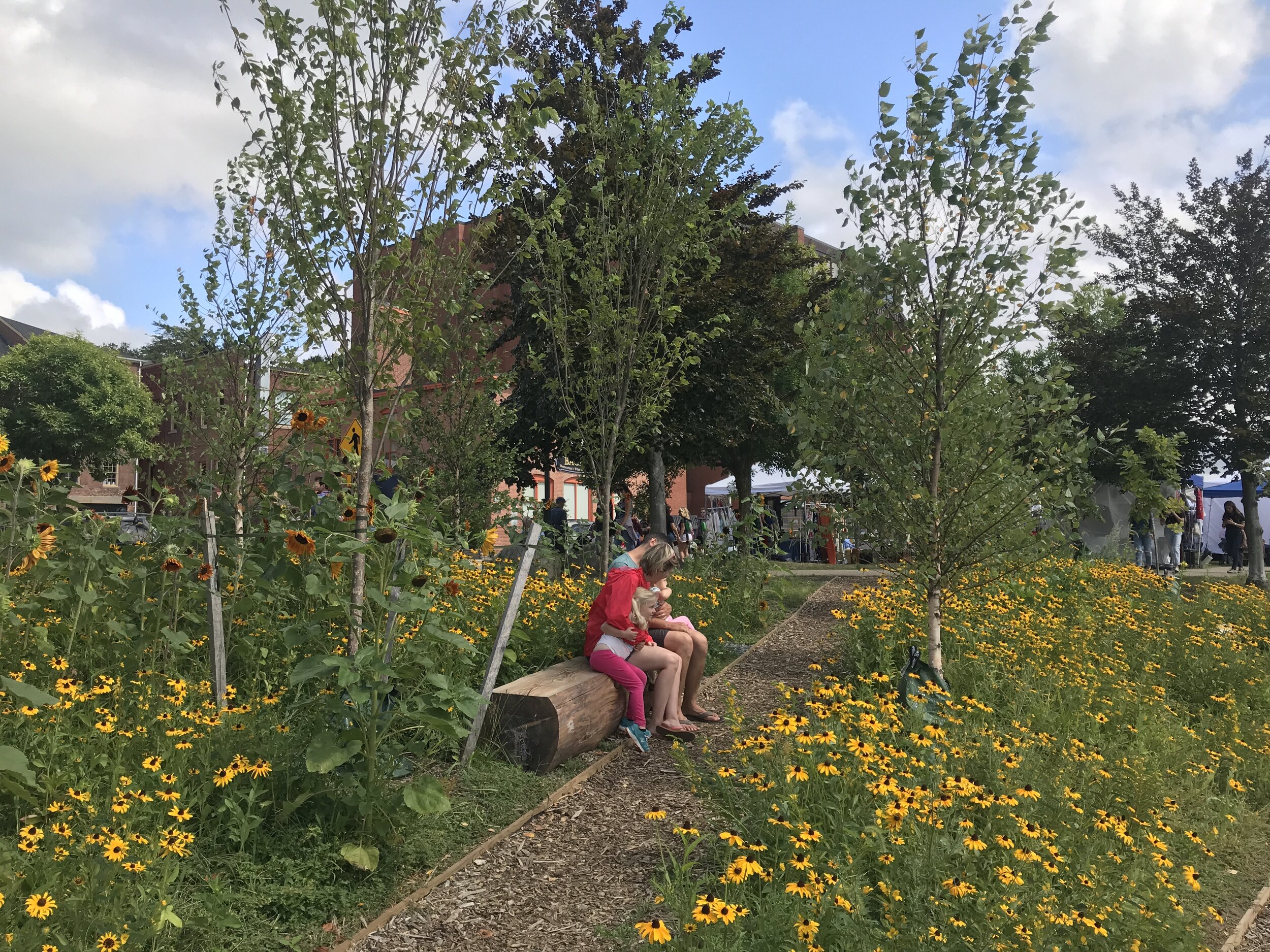 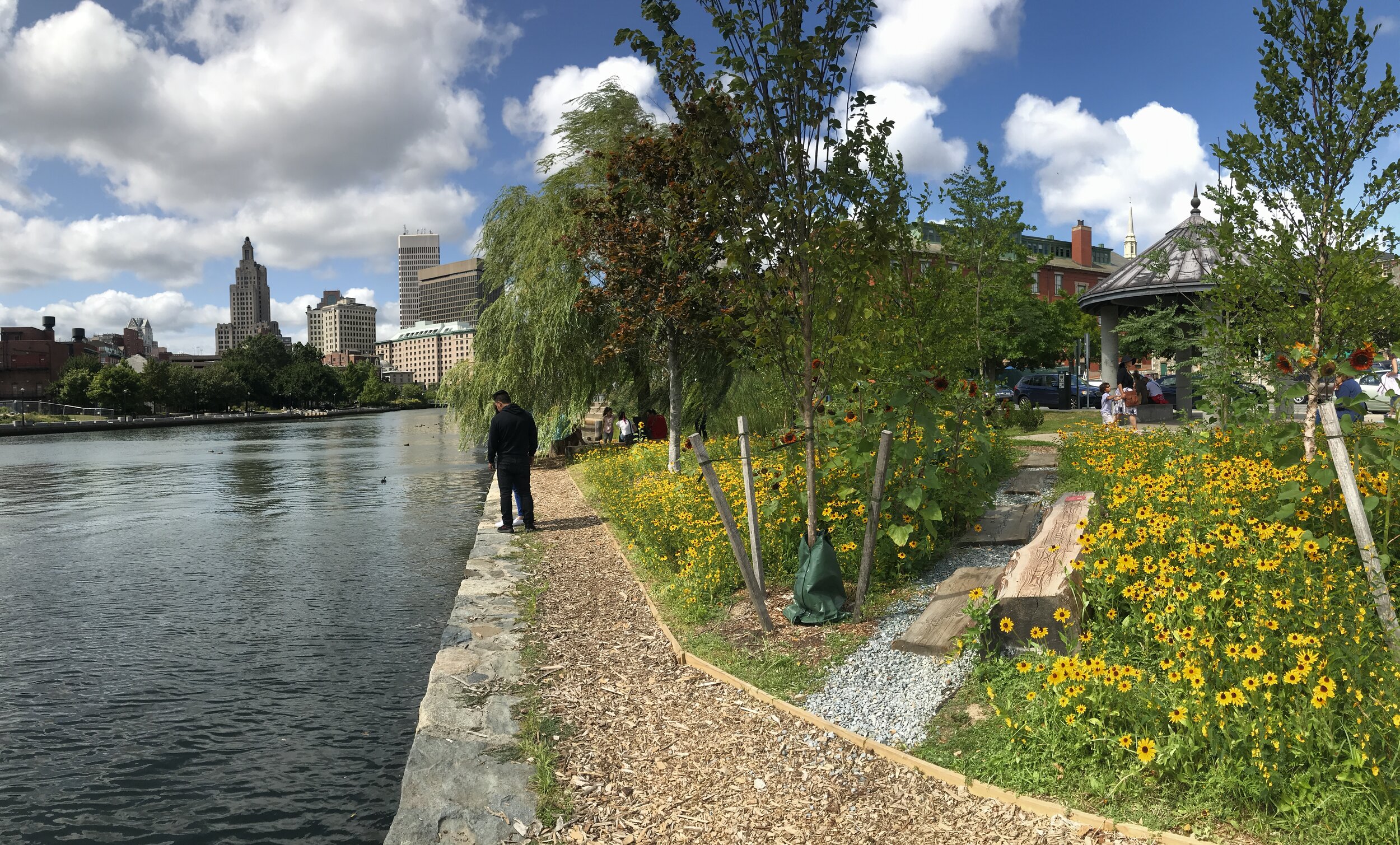 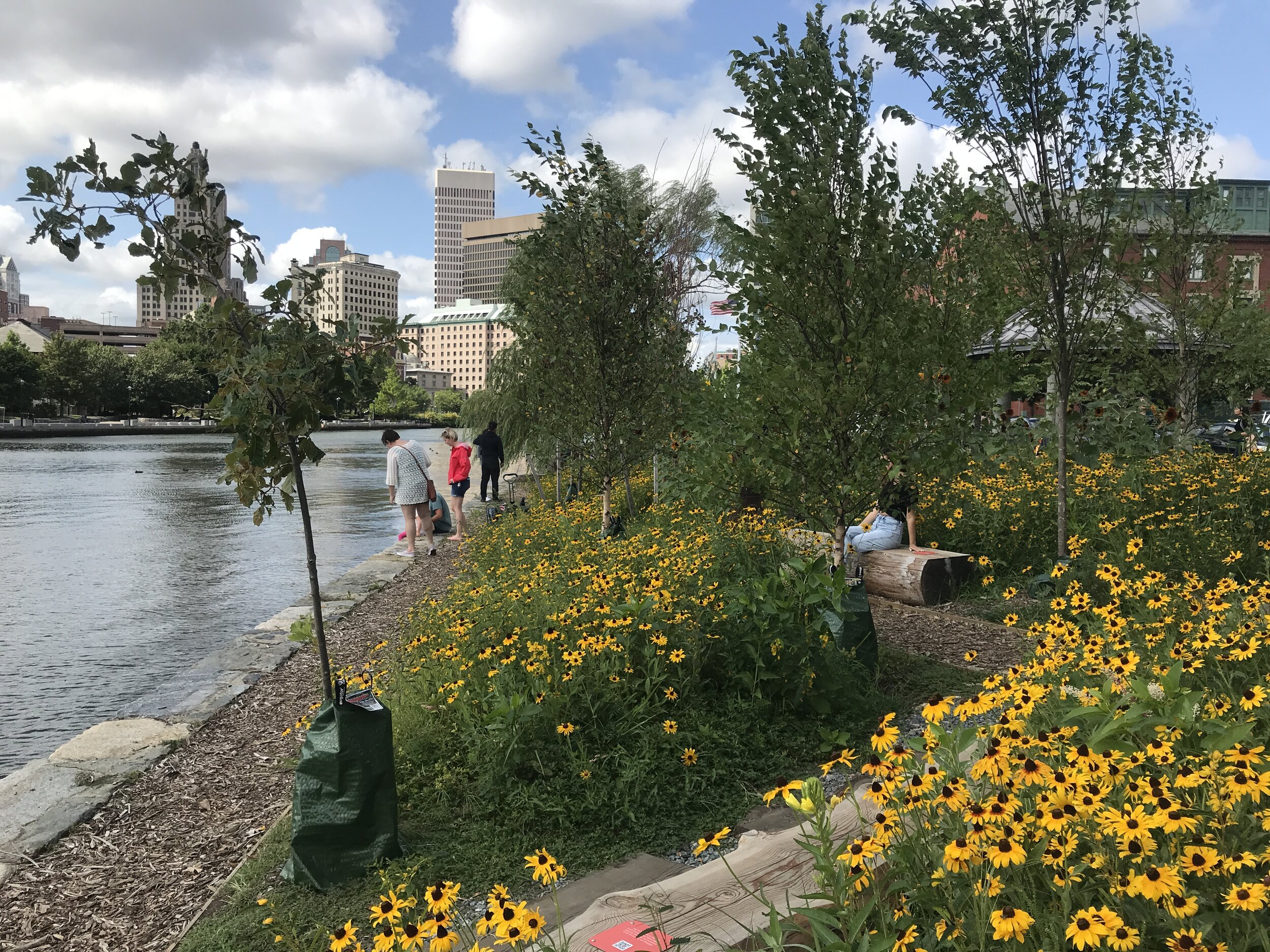 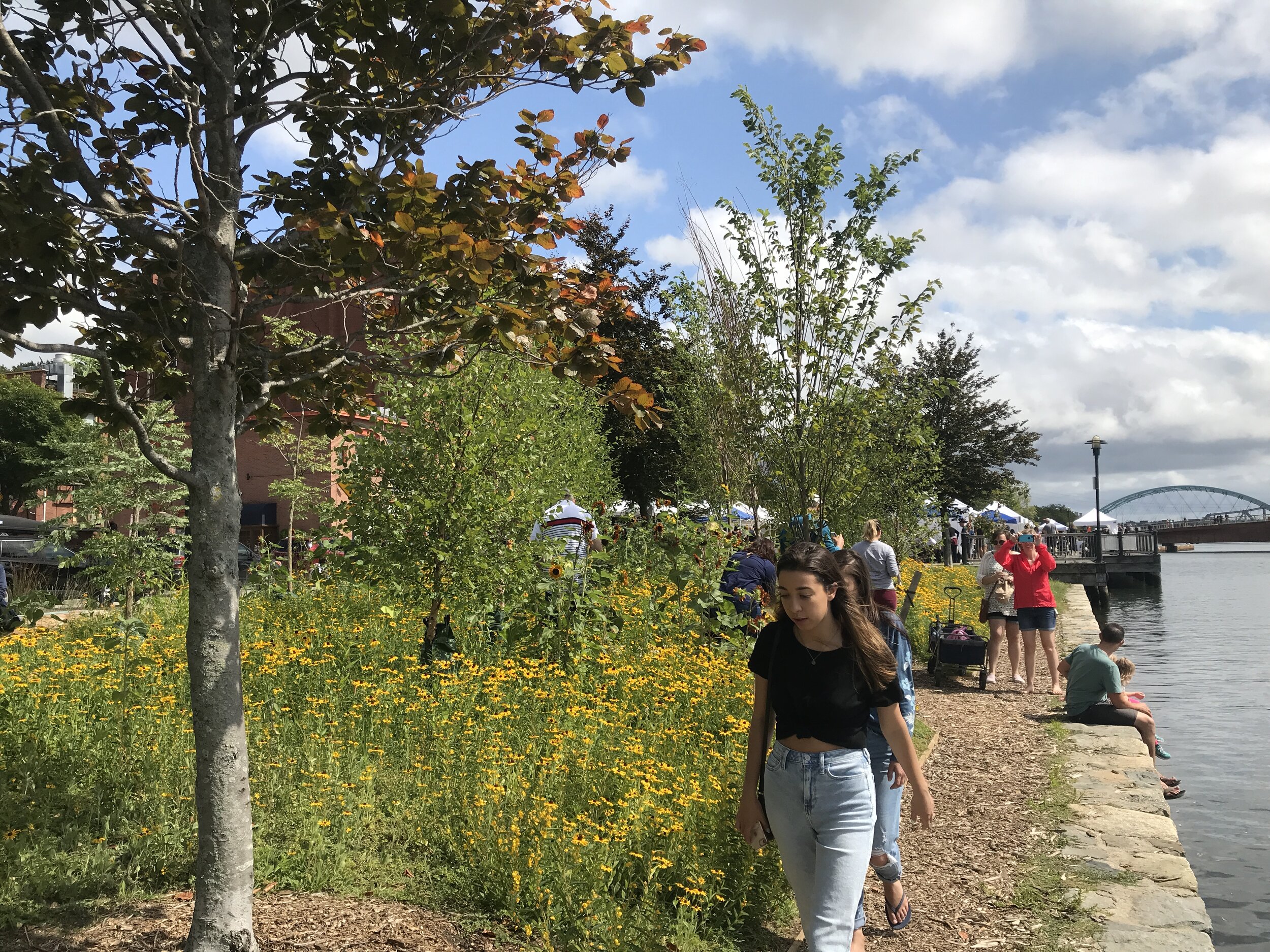 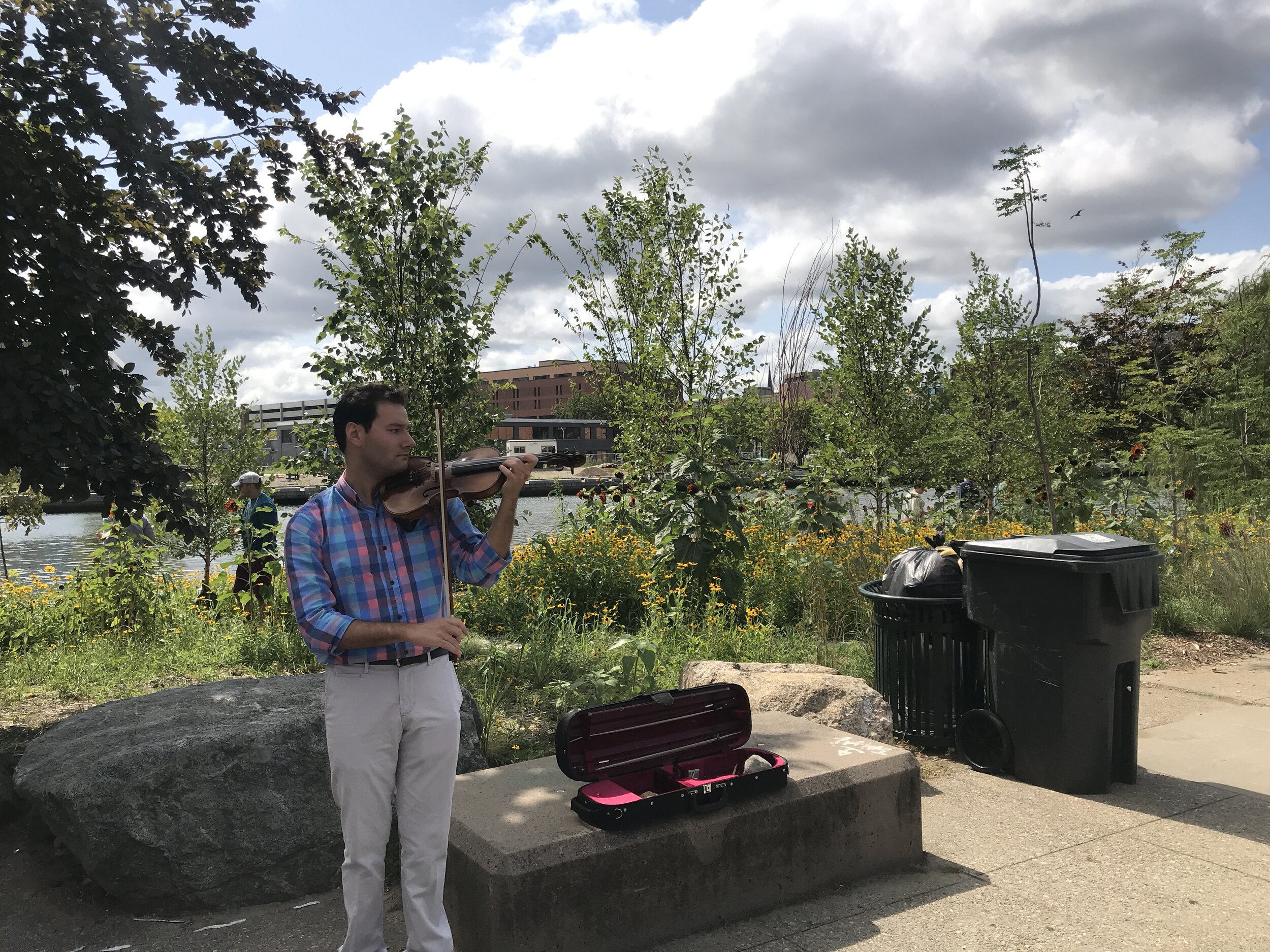