The Gazing Garden is a mutation of garden ornamentation, and displays the performative qualities of the ever changing landscape. The installation was one of six commissioned proposals chosen for the 195 Commission "The Link" Project in Downtown Providence Rhode Island.

Gazing Globes have a long history dating back to the 13th century, beginning as a powerful if not mythical figure in the garden. Contemporary uses are often associated with tackier suburban or rural yard adornment. I’ve always found the reflective ball itself a beautiful object. It’s mirroring qualities are seen, but unseen, showcasing its environment rather than itself. Compounded with multiple globes, the effect can be exponentially stunning.

The “stems” the globes rest on are thought of as mutated flowers, and the “picket fence” is abstracted from the idyllic notion of a suburban garden. The globes rest in a planter bed filled with varying heights of sunflowers, a fast growing, bio-accumulating plant. As the sunflowers grow their relationship to the globes will be in constant evolution. Their natural inclination to direct
their heads to the patterns of the sun will be reflected in the globes before the will eventually partially conceal them. As the summer season ends, the sunflowers will die off, turn a brownish tan, and slump in their for to once again reveal the bright green of the stem and reflection of the globe. 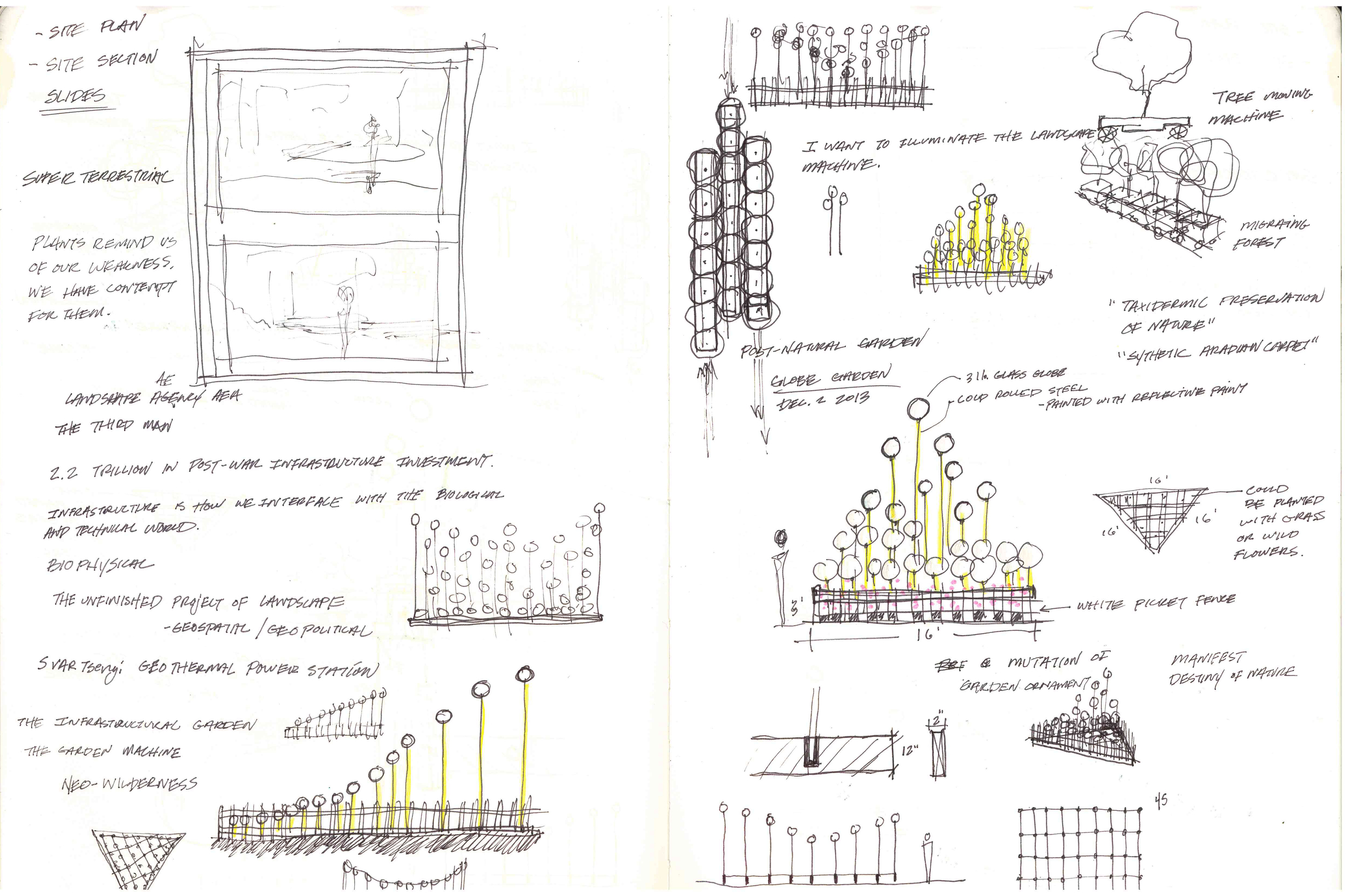 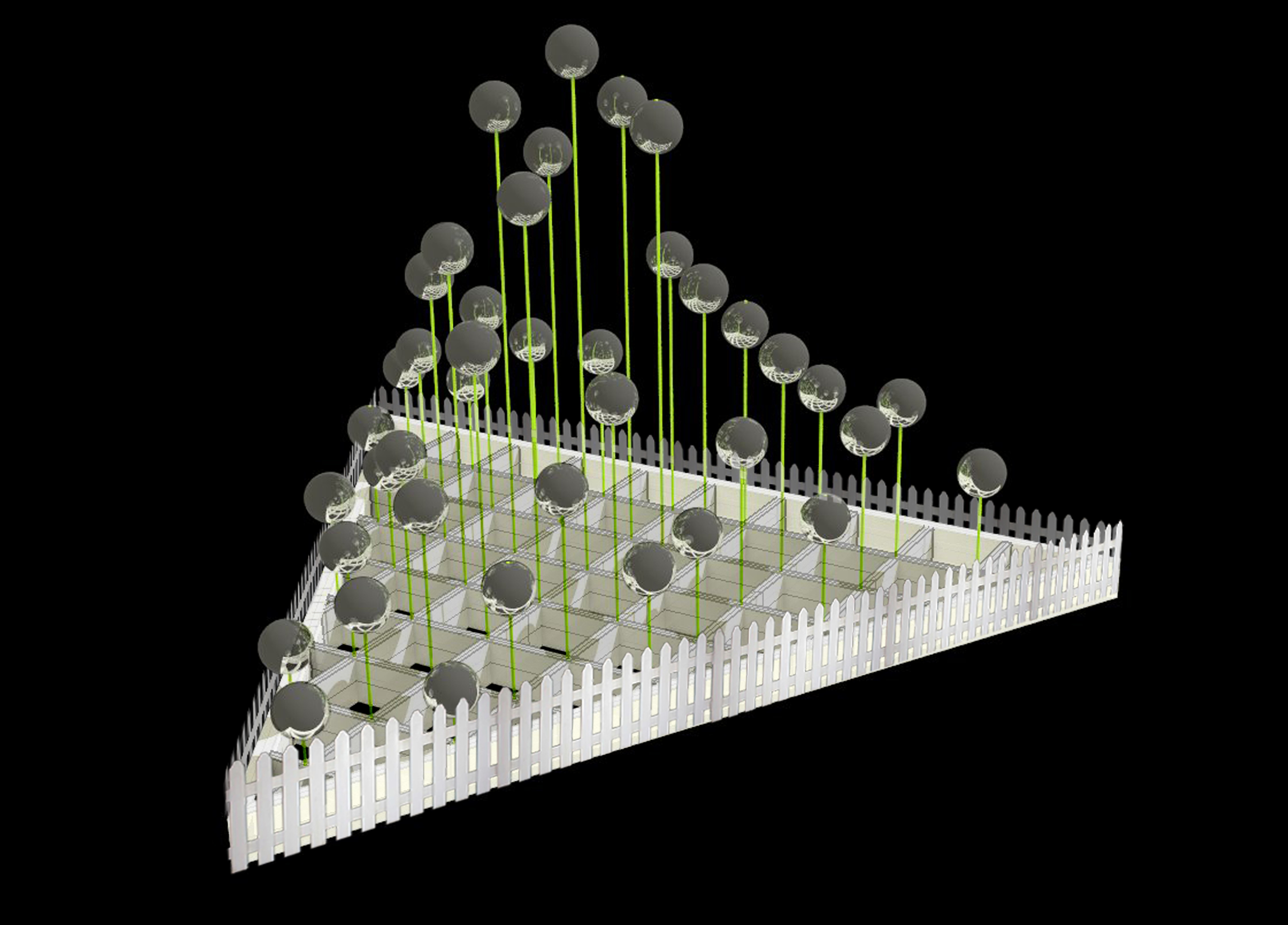 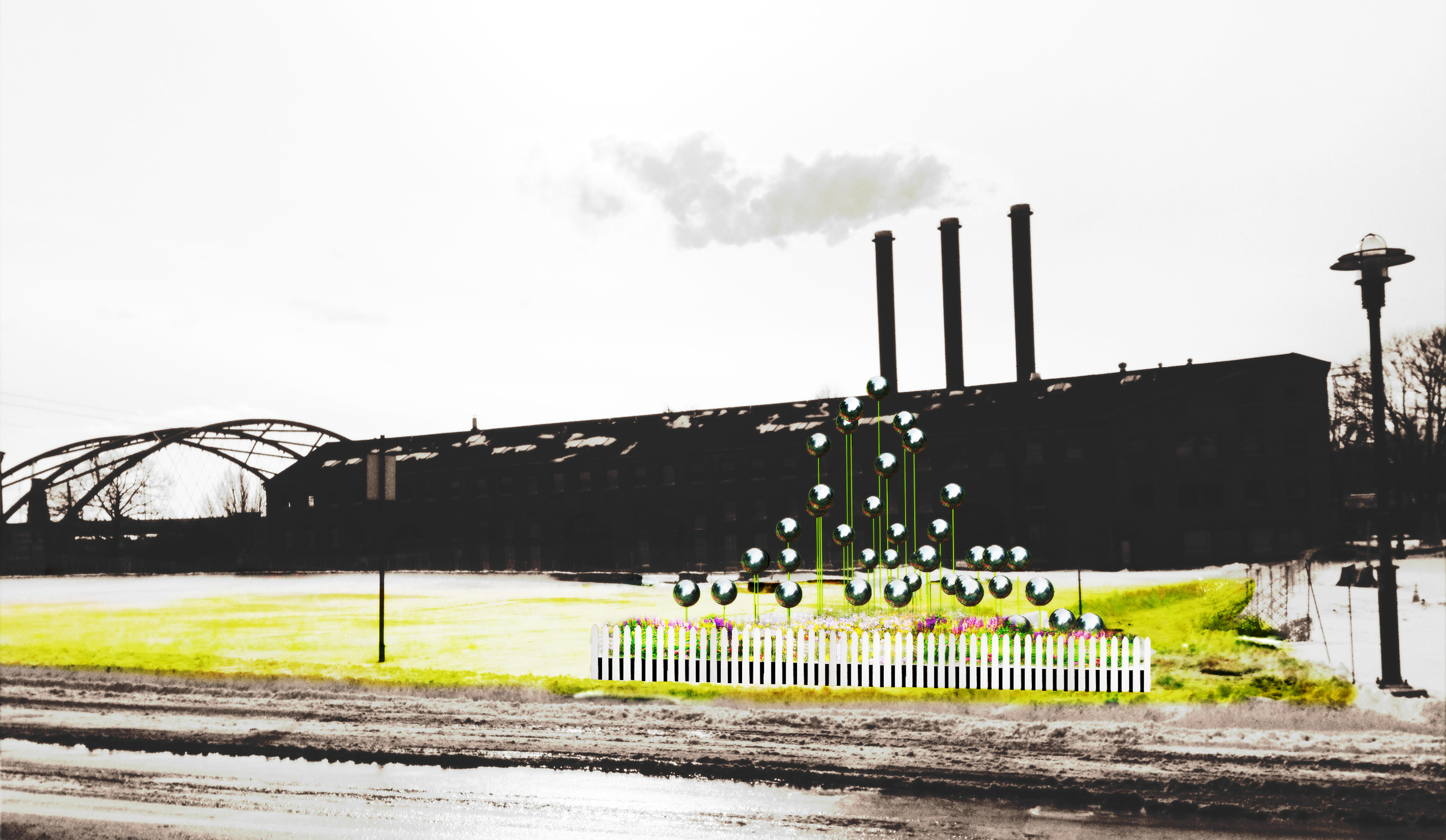 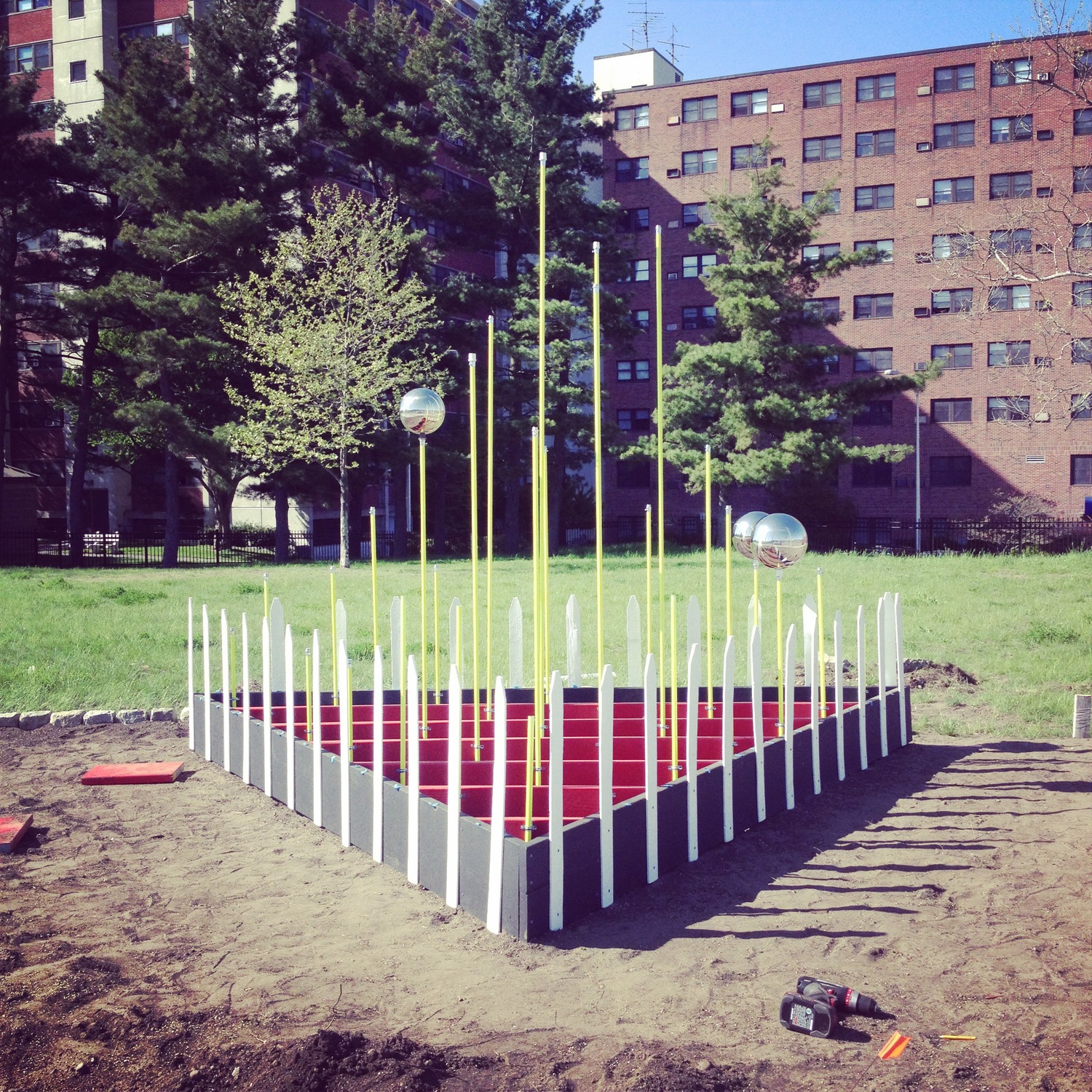 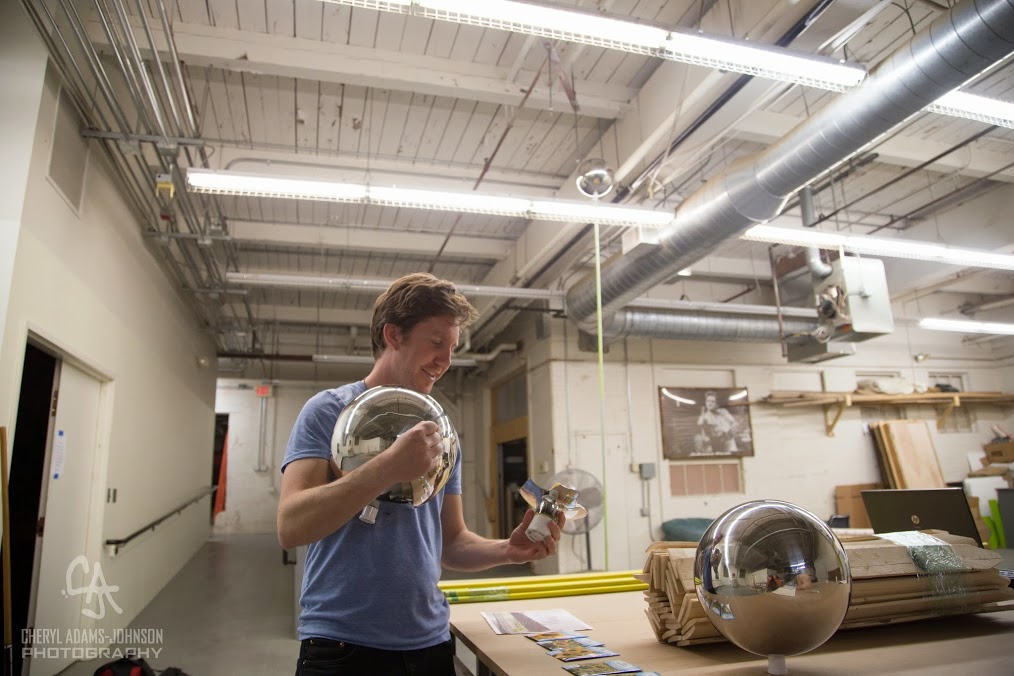 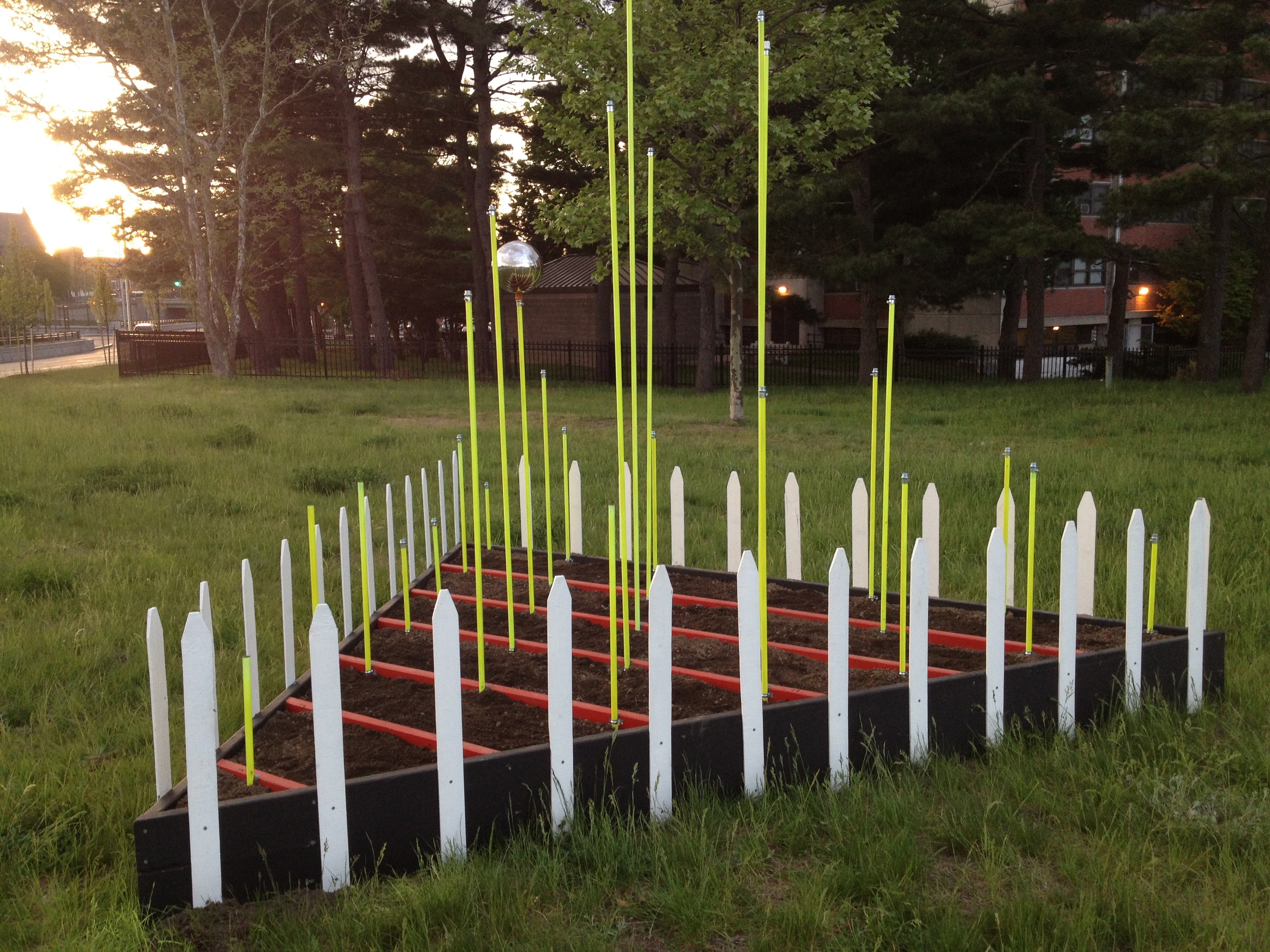 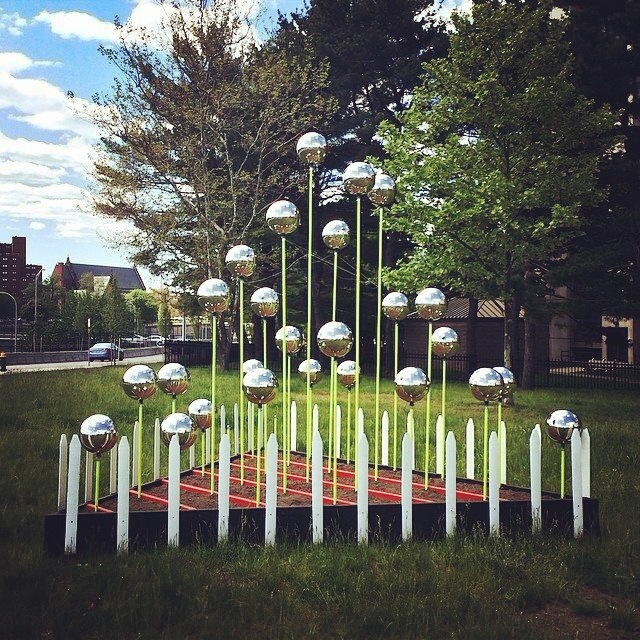 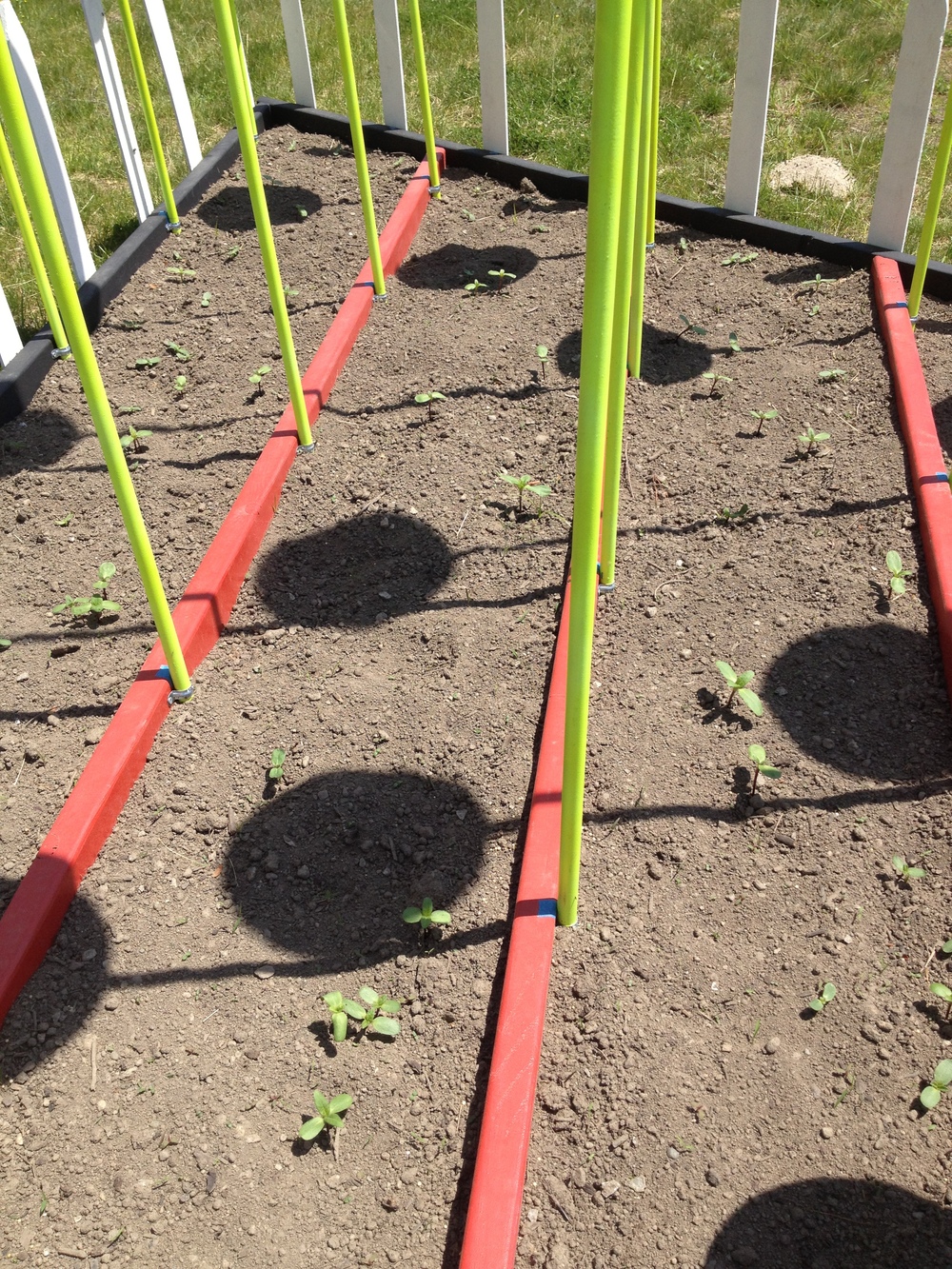 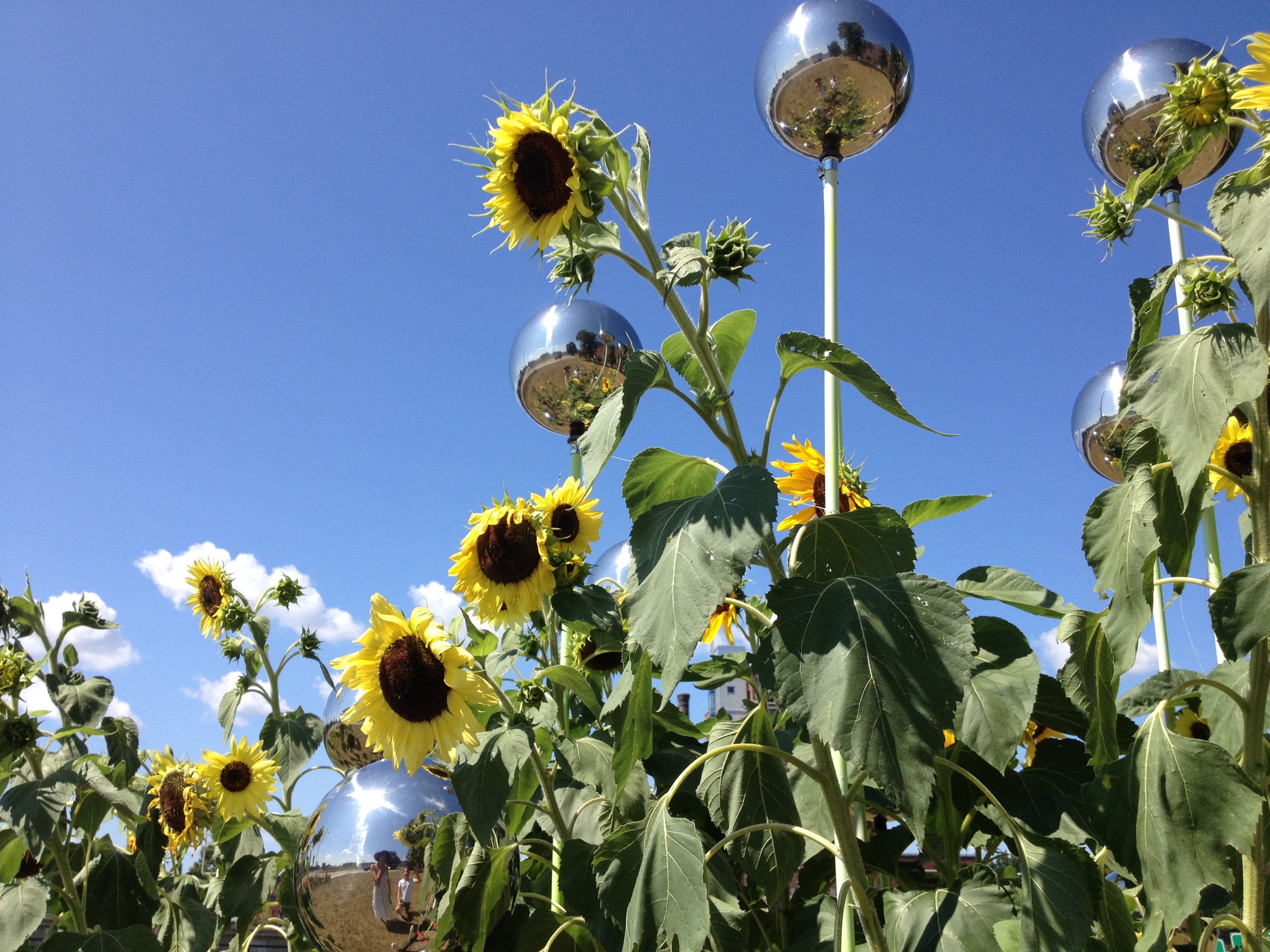 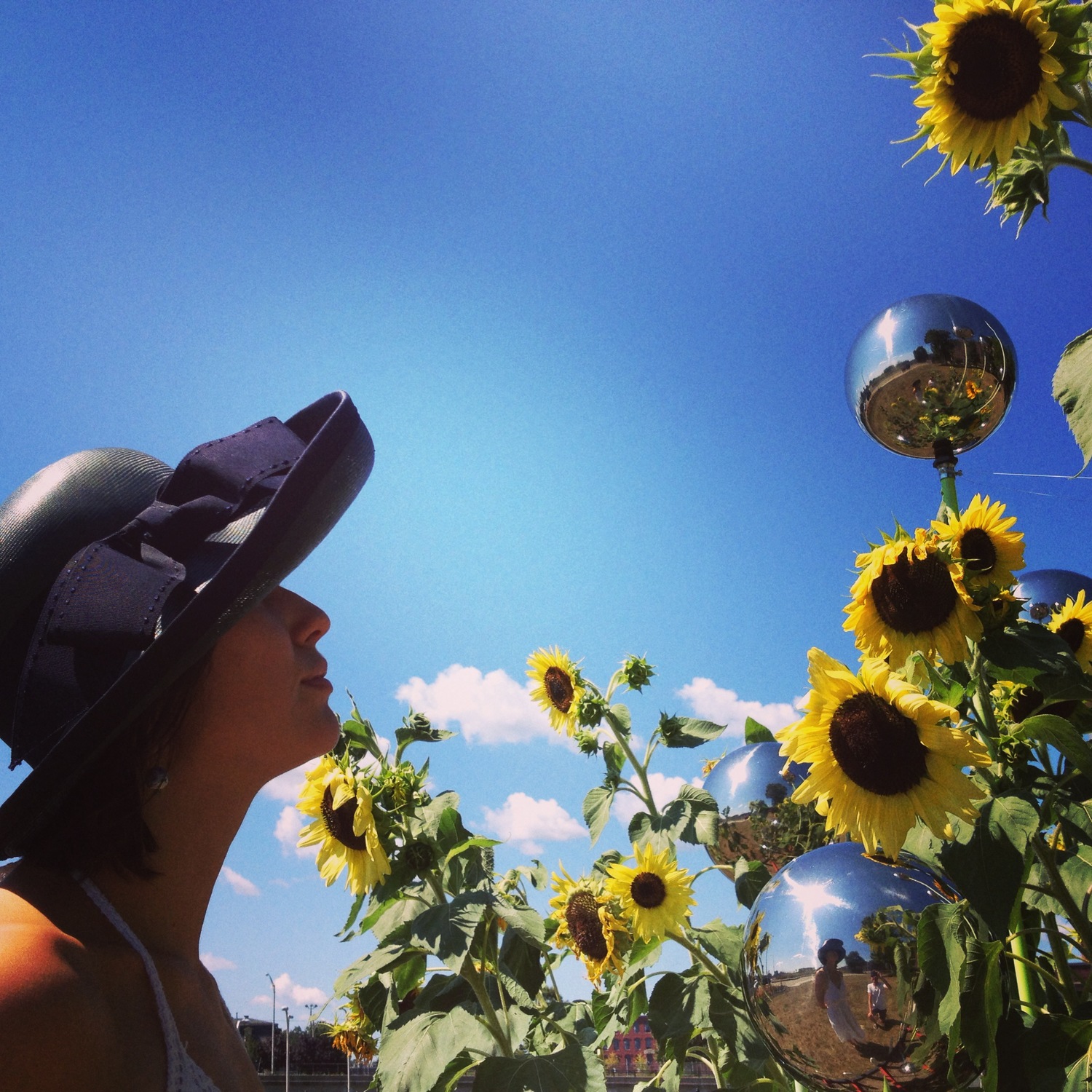 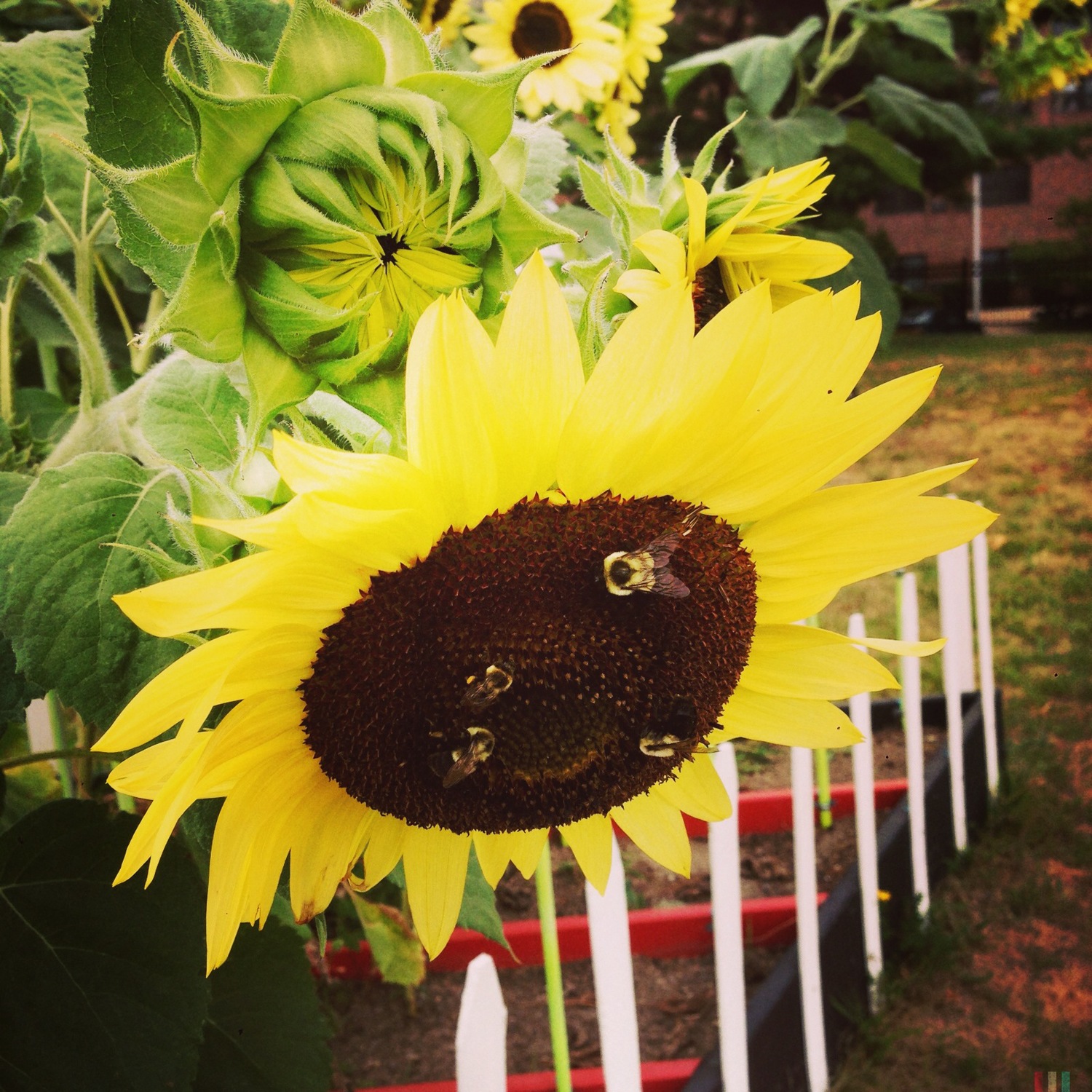